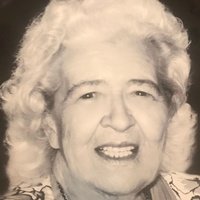 Evelyn L. Langton, 94, passed away Wednesday, January 10, 2017. She was the wife of the late Joseph Langton. Born in Meridan, CT, she was the daughter of the late Alfred and DiLima (Bourgoin) Maheu. Evelyn was the principal pre audit clerk in accounts and control for the State of RI for 20 years, retiring in 1989. She was a sorority sister in Beta Sigma Phi, a member of the Bridgeworks Bridge Club in Cranston, and a member of the Professional and business women’s group for 50 years. She was a long time communicant of Saint Augustine’s Church. She is survived by many nieces and nephews. She was the mother of the late Judith Anne (Langton) Hillman and sister of the late Clarence Maheu. Her funeral will be held Friday at 9am from the Hoey-Arpin-Williams-King Funeral Home, 168 Academy Avenue, Providence followed by a Mass of Christian Burial at 10am in Saint Augustine’s Church, 639 Mount Pleasant Avenue, Providence. Burial will be in Saint Ann’s Cemetery, Cranston. Relatives and friends are invited. Visiting hours Thursday from 4-6pm in the funeral home.