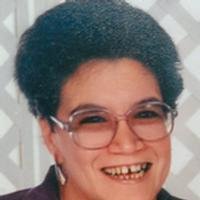 Donna L. Palmer, 56, of Providence, passed away Thursday, February 26, 2015. She was the wife of Peter Palmer. Born in Providence, RI, she was the daughter of Gloria (Viti) Melino and the late John D. Melino. Donna was a lifelong resident of Providence. Besides her husband and mother, she is survived by two children, Lisa Mota and Peter Palmer, two brothers, John Melino and Dan Melino and his wife Gina, and a grandson, Dominic Mota. She was the sister of the late Dino Melino. The funeral will be held Monday at 9am from the Hoey-Arpin-Williams-King Funeral Home, 168 Academy Avenue, Providence, followed by a Mass of Christian Burial at 11am in Blessed Sacrament Church, 179 Academy Avenue, Providence. Burial will be in Saint Ann Cemetery, Cranston. Visiting hours Monday from 9-10:30am prior in the funeral home.