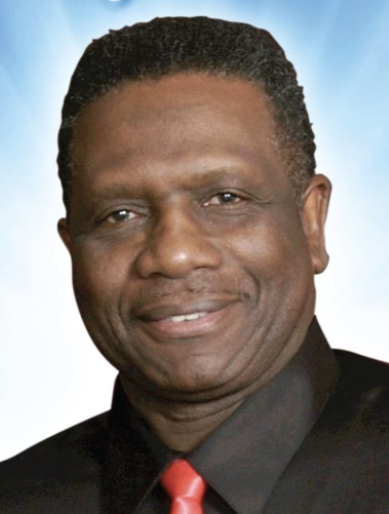 A time to be Born: James Gibbons was born March 30, 1943, in Autauga County, Alabama, in the community of Browntown to the late Homer and Marie Wright Gibbons. A time to Build: James Gibbons was educated in the Autauga County Schools System, which included the historical Mount Sinai Rosenwald School, and graduate from Autauga County Training School. He retired from Rhode Island Public Transit Authorities on April 1st, 2008. A time to Embrace: James began a long relationship with Jesus Christ at an early age and united with Old Kingston Missionary Baptist Church in Prattville, Alabama, where he attended Sunday school and was a member of the choir. He relocated to Providence, Rhode Island, and moved his membership to Pond Street Baptist Church, where he served faithfully as the chairman of the Usher board & Instructor for the Rhode Island state usher association. A time to Love: James demonstrated his love for family and extended family with a spirit of great devotion. He always spoke about how important it was to love one another as family and to love others as yourself. The Bible commanded us to love, and he certainly did that...he loved all of his family intentionally and unconditionally. At an early age, he acquired a love for singing and continued to sing throughout his adult life. Among his favorite solos was "I Can't Even Walk, Without You Holding My Hand." He loved to sing, teach ushers on the appropriate etiquette, and drive in the bus rodeos, as well as to takeing those long trips back to Alabama and South Carolina. He was a devoted husband, father, grandfather, and great-grandfather. He was married to Mrs. Delores Brown Gibbons for over 55 years. A time to Die: Our Lord called James home early Thursday morning on September 9th, 2021. He was preceded in death by his parents, the late Mr. and Mrs. Homer and Marie (Wright) Gibbons, his oldest sister, Lois E. Gibbons Tyus, his brother Joseph Gibbons and his great-grandaughter DaiAundra C. Waits. A time to Mourn: He leaves to cherish his memory, a devoted, caring, and loving wife, Delores Brown Gibbons, two devoted daughters, Sandra E. Gibbons Waits and Janice Gibbons (Raymond) Scott - Providence, Rhode Island, a devoted son, Samuel P. Gibbons - Connecticut; six grandchildren, Eric Gibbons, Shakena Gibbons, Charles Gibbons, and Delaura Waits, Ashley Gibbons and Kelsey Gibbons, eight great-grandchildren, two sisters, Barbara Gibbons Merkerson - Birmingham, Alabama; Beverly (Walter) Postell - Marbury, Alabama; one brother Roger (Sandra) Gibbons Huntsville, Alabama, four Sisters-in-laws, Gwen (Michael) Hackney, Harriett Means (Red), Patsy Thompson, and Cheryl Brown, and two brothers-in-law, Jimmy Brown and John (McKayla) Brown, one aunt Mrs. Lois Wright, Birmingham, Alabama and a host of loving nieces, nephews, cousins, families, and friends. A Viewing will be held on Saturday, September 25th, at the Second Freewill Baptist Church (Formerly, Pond Street Baptist Church) 75 Chester Ave., Providence, RI from 10:00am to 12:00pm, followed by a service at 12:00pm. Burial will follow at East Greenwich Cemetry. For further information and condolences, please visit mountpleasantfh.com.