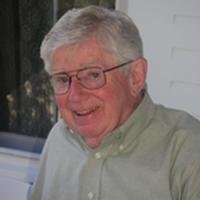 William F. McCARTHY, 88, passed away Sunday evening, May 29, 2016 surrounded by his loving family at Elmhurst Extended Care Facility. He was the beloved husband of Maureen F. (Regan) McCarthy and the late Jean Marie (Dwyer) McCarthy. He was born in New Bedford, MA, the son of the late William J. and Kathrena (Fay) McCarthy. He lived in Warwick before moving to North Providence in 1998. After graduating from LaSalle Academy, he voluntarily enlisted in the US Navy Reserve prior to the Korean War and later voluntarily enlisted in the US Air Force. When he separated, he held the rank of Staff Sargent. His training laid the groundwork for his proud and successful 36 year career with the Federal Aviation Administration. His positons included Chief of TF Green, Quonset, Portland and Bangor, ME air facilities. He graduated with a Bachelor of Science degree in computers in 1975 from Johnson and Wales University. He was the consummate family man, raising his three children alongside his wife Jean. He retired in 1986 and began a small contracting business to keep busy. Sailing, fishing and playing golf were not enough. As active members of St. William’s Parish, and shortly before Jean’s passing, they made his first trip to Ireland with a group from the church. Years later, after marrying Maureen, they together returned once more to Ireland for a family reunion. His Irish pride, strong opinions, unwavering loyalty, and a deep ability to love were relied upon. The memory of his big blue eyes, white wavy hair and his irresistible urge to tease are forever etched in our hearts. Besides his wife he leaves a son, William J. McCarthy II, of Bonifay, FL, two daughters, Kathleen M. Galli (Robert) of Hillsborough, NJ and Colleen M. McCarthy of Warwick, RI and three grandchildren, Kevin and Caitlin Galli and Liam LaPierre and his sister-in-law, Katherine Whalen. He was the brother of the late Maureen Filonow. His funeral will be held on Saturday June 4, 2016 at 9:00 am from the Hoey-Arpin-Williams-King Funeral Home, 168 Academy Ave., Providence. A Mass of Christian Burial will be celebrated at 10:00 am in St. Augustine Church, 639 Mt. Pleasant Avenue, Providence. Interment will follow with military honors in Gate of Heaven Cemetery, East Providence. Visiting hours will be Friday from 4-7 pm. In lieu of flowers, contributions to Camp Surefire Foundation, 290 Hope St Bristol, RI 02809 or Elmhurst Extended Care, 50 Maude St Providence, RI 02908 in his memory would be appreciated.