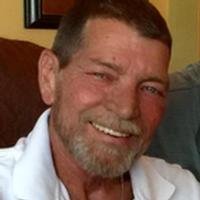 David P. Emerson, 62, passed away Wednesday, July 06, 2016. He was the husband of Donna (Pruneau) Emerson. Born in Providence, he was the son of Rachel (Morin) Emerson and the late Robert E. Emerson. David worked for Universal Ambulance for many years before retiring. Besides his wife and mother, he is survived by his children, Michael Emerson and Christopher Emerson and his wife Elizabeth, his step-daughters, Jessica and Kelly Papineau, his grandchildren, Nicholas, Juliana, Michael, and Jacob Emerson. He also leaves his brothers, Robert, Richard, and Paul Emerson, and his sisters, Diane Such and Mary Baker. He was the brother of the late Thomas Emerson. Relatives and friends are invited to a Mass of Christian Burial Monday, July 11, 2016 at 11:30am in Saint Robert Bellarmine Church, 1804 Atwood Avenue, Johnston. Burial will be private.