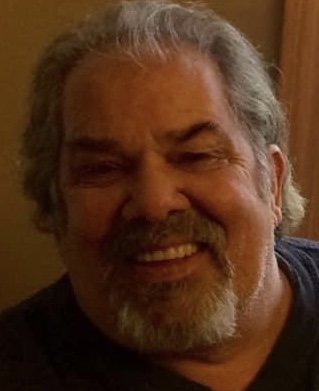 Please share a memory of Neil to include in a keepsake book for family and friends.
View Tribute Book
Neil Cicciu, 64, of Pawtucket, died on Sunday, May 30, 2021, at home with his family. Neil was born in Conimicut, Warwick, Rhode Island, on December 17, 1956, to the late Joseph Charles Cicciu and Barbara Frazier Cicciu. In addition to his parents, Neil was predeceased by his daughter, Amanda Susan Cicciu. Neil is survived by his wife of 41 years, Sharron Mary Theresa Scofield. He is also survived by their children: Sandra Marie, Sara Lucy, and Neil Joseph (Kendra). He was grateful for his seven grandchildren: Xander, Sophia, Katie, Jackson, Chloe, Liliana, and Logan. Neil is also survived by his sisters: Donna Cobb and Cheryl Smith (George). After attending the former James T. Lockwood High School in Warwick, his first adventure was the U.S. Navy, an adventure that took him across the country. After his service on the USS Monticello and upon his honorable discharge, his adventure continued with a trip across the United States by motorcycle. Every time he ran low on funds, he would find a job washing dishes, which he would keep long enough to finance the next leg of his trip. Knowing his limitations, Neil joined A.A. before the 1970s ended. While there, he met the daughter of another friend of Bill, who would later become his wife. Neil and Sharron began the 1980s by being married at St. Paul's Lutheran Church, and Neil began a 19-year stint at Electric Boat. In 1987, Neil and Sharron had their marriage blessed at St. Rita's Catholic Church at Oakland Beach. As the years passed, this simple, unpretentious man preached, not with words but with his acts. Reaching out to someone just out of rehab or jail was second nature to Neil. He offered to each one his most important gift: productive work. Neil was rarely found without someone he was leading towards productive work and away from his latest failure. Neil has left his family too soon, but he leaves behind no small number of examples of the beauty of living in the moment, free from the regrets of the past and free from the fears of the future. Funeral services will be held Monday, June 7, 2021, at 10:30 am in R.I. Veterans' Memorial Cemetery, Exeter, RI, followed by burial with military honors. Reception to follow at the Warwick Veterans Memorial Post #272, 840 W Shore Road, Warwick, RI. For further information and condolences, please visit MOUNTPLEASANTFH.COM.
To plant a beautiful memorial tree in memory of Neil Cicciu, Sr., please visit our Tree Store

Look inside to read what others have shared
Family and friends are coming together online to create a special keepsake. Every memory left on the online obituary will be automatically included in this book.
View Tribute Book
Services for Neil Cicciu, Sr.
There are no events scheduled. You can still show your support by planting a tree in memory of Neil Cicciu, Sr..
Plant a tree in memory of Neil
Share Your Memory of
Neil
Upload Your Memory View All Memories
Be the first to upload a memory!
Share A Memory
Plant a Tree