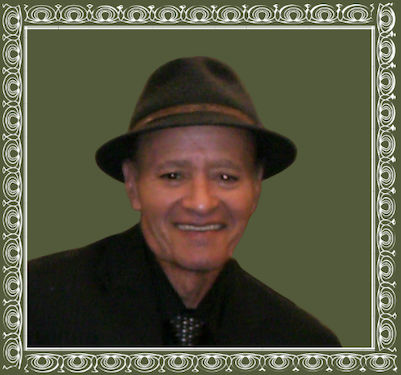 Please share a memory of Carl to include in a keepsake book for family and friends.
View Tribute Book
Carl T. Hartsfield, Sr. was born in Raleigh, North Carolina, on April 4, 1948, to the late Hattie Brooks and the late Luther Hartsfield. After completing Lockhart High School, Carl and his family moved up North to Staten Island, New York. Carl later settled in Rhode Island. He was the husband of the late Kathleen Walker. Carl spent most of his life working in the trucking industry, driving long distances across the United States and internationally. He loved his 18 wheeler and enjoyed the freedom that he felt being out on the open roads. Carl had 3 daughters Carleen Hartsfield, Carlette Hartsfield, and Latoya Moseley, and three stepdaughters Lisa Pereira the late Sherry Price Mann and Tracey Hartsfield, and two daughters-in-law Tammy Walker and Stacie Hartsfield. Carl had five sons Kevin Hartsfield, Carl Walker, Jr., Tyrone Walker, Tirrell Walker, Timothy Walker, and one stepson, Joseph Walker, two sons-in-law Andrew Pereira and Rudy Moseley Jr. Carl loved his family. Carl had 28 grandchildren and 9 great-grandchildren and would do anything for them, his grandchildren were his pride and joy, and they kept him going. Carl enjoyed driving, spending time with family as well as with his beloved canine companion Toby who preceded him in death. In his heyday, Carl was the star on the dance floor at every party. He also enjoyed listening to oldies and watching westerns, especially Gunsmoke. He leaves behind his aunt Nancy, the oldest living relative in their family, three brothers Luther Hartsfield Jr., Timothy Hartsfield, both of North Carolina and Donald Hartsfield of RI, and two sisters Mary Ezeh and Carol Hartsfield of North Carolina and two sisters-in-law Maxine Hartsfield and Donna Paul and a host of other relatives and friends. On Saturday, August 14, after spending some time with family Carl peacefully passed away at home. Carl was a strong, generous, funny, and courageous man. He ran a tough race and is now at home in the arms of the Lord, where he is at total peace. He literally went out on his own terms. He will be tremendously missed by all who loved him. A visitation will take place on Saturday, August 21st, at the Elmwood Avenue Church of God, 297 Elmwood Avenue, Providence, from 11:00am - 1:00pm. A service will follow at 1:00pm. For further information and condolences, please visit mountpleasantfh.com.
To plant a beautiful memorial tree in memory of Carl Hartsfield, please visit our Tree Store

Look inside to read what others have shared
Family and friends are coming together online to create a special keepsake. Every memory left on the online obituary will be automatically included in this book.
View Tribute Book
Services for Carl Hartsfield
There are no events scheduled. You can still show your support by planting a tree in memory of Carl Hartsfield.
Plant a tree in memory of Carl
Share Your Memory of
Carl
Upload Your Memory View All Memories
Be the first to upload a memory!
Share A Memory
Plant a Tree