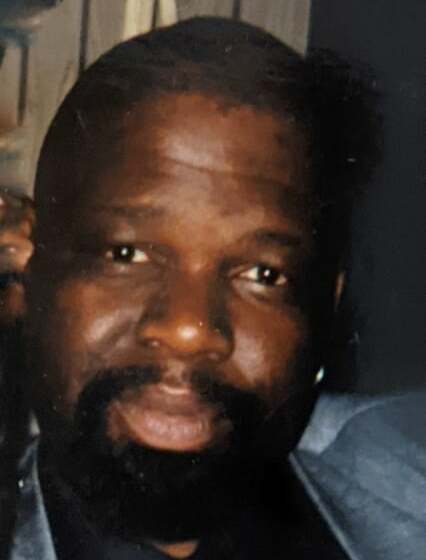 Please share a memory of Michael to include in a keepsake book for family and friends.
View Tribute Book
With deepest gratitude, the family of Michael Deans thanks you for gathering to celebrate the life of a man who was loved so dearly. He touched the lives of many people, and his presence will be missed, but his memory will reside with us always. Michael Eugene Deans was born on June 13, 1950, to the late Maurice Eugene Beveny and Christina Deans Jackson (Louis Tyler Jackson) in Portsmouth, Virginia. He passed away on October 22, 2021, at Miriam Hospital. He was preceded in death by his sister Eunice Odessa. Jackson. Michael graduated from Central High School, where he excelled in sports and was a member of the all-star football team. He had many accolades and is still mentioned as a valuable member of the team to this day. After high school, he attended Providence College, where he studied sociology and human services. From there, he went on to work at the Rhode Island Training School. He was very devoted to his community which led him to a career in substance abuse prevention especially assisting men of color in their recovery and transitioning into sober community living. He was a counselor who helped to establish the MAP Behavioral Services Program. MAP, which stands for minority alcohol prevention program, is a non-profit that has served the Rhode Island community for over 25 years with prevention, outreach, and in-patient services. He also worked for Advent House Inc. as a counselor, where he supported many individuals in the West End neighborhood. Michael loved sports, especially football, whether it was the Pittsburgh Steelers or the West Elmwood Intruders. He was one of the early coaches for the Intruders and was with the organization for over 25 years serving on the board and as coach of several varsity championship teams. He was truly devoted not only to the organization but also to the youth that he coached. He loved fishing on Sunday mornings and coming home to make a big pan of fish and grits. Michael was an avid pool player who participated in and won many tournaments. He established a solid camaraderie of lifelong friendships over several billiard leagues of which he belonged. Michael was a strong and proud man who endured many challenges with his health in the latter years of his life. However, he never let them stop him from encouraging and inspiring others. He is survived by his wife Johanna Gomes-Deans, daughters Christina Deans-Bjorn and her husband Akil Bjorn, Danielle (Winfield)Perry, Mikaelah Wilhelm, sons Paul Winfield, William Winfield, Richaud Wilhelm, Joshua Deans, James L. Gomes, and Kevin J.T. Gomes, sisters Bettina and Vanessa Beveney, and brother Ahmed Beveney and a very special uncle, mentor, and prayer partner, Samuel Corry. Plus a host of nieces, nephews, grandchildren, and one great-grandchild. He kept this scripture on the wall of his home, and we will go on inspired by these powerful words... “I can do all things through Christ who strengthens me” - Philippians 4:13 A visitation will be on Friday, October 29, 2021, at the TruthTabernacle Church, 540 Potters Avenue, Providence, Rhode Island, from 10am to 11am, followed by a service at 11am. Burial to follow at Swan Point Cemetery. In lieu of flowers, donations can be made to the West End Intruders youth football team. For further information and condolences, please visit MOUNTPLEASANTFH.COM.
To plant a beautiful memorial tree in memory of Michael Deans, please visit our Tree Store

Look inside to read what others have shared
Family and friends are coming together online to create a special keepsake. Every memory left on the online obituary will be automatically included in this book.
View Tribute Book
Services for Michael Deans
There are no events scheduled. You can still show your support by planting a tree in memory of Michael Deans.
Plant a tree in memory of Michael
Share Your Memory of
Michael
Upload Your Memory View All Memories
Be the first to upload a memory!
Share A Memory
Plant a Tree