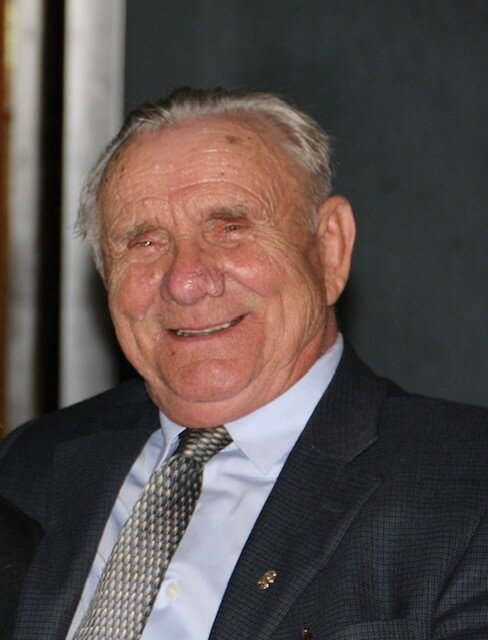 Please share a memory of Marian to include in a keepsake book for family and friends.
View Tribute Book
NOWAK, Marian 84, passed away peacefully at home on Saturday Dec 18th. He leaves behind his beloved wife of 62 yrs Jadwiga (Wesolowska), daughter Jane and her husband Al, son Bogdan and his wife Rita, and son John. In addition Marian leaves behind his twin brother Stanley of Warsaw Poland. Grandfather to Michael (spouse Jesse), Anna, Stephanie (spouse Greg), Peter, Nicole, Kristen, Stephen and great grandfather to Charlotte. Marian was born in Dobrylas, Poland. He was predeceased by his parents Teodor and Stefania (Dembowska), sisters Anna (Serafin) and Maria (Borawska.) In 1963, Marian, his wife and children were fortunate to be able to emigrate to the US where he began living the American dream. He settled in Providence, worked various jobs from a mason to a furniture/cabinet maker and then spent 25 yrs as a truck driver for Rhode Island Novelty, retiring in 2016. Marian was an active communicant at his Polish parish, St Adalberts, past president of the Polish National Home, a social club for Polish American immigrants where he enjoyed the spirited debates amongst the members. His funeral will be held Tuesday, December 21 from the Mt Pleasant Funeral Home, 168 Academy Ave, Providence at 9am followed by a Mass of Christian burial in St Adalbert’s Church, 866 Atwells Ave, Providence at 10am. Relatives and friends are invited. Visitation will be held on Monday from 4pm to 7pm at the funeral home. Due to the current Covid restrictions, masks must be worn. Donations in Marian’s memory may be made to St. Adalbert’s Church.
To plant a beautiful memorial tree in memory of Marian Nowak, please visit our Tree Store

Look inside to read what others have shared
Family and friends are coming together online to create a special keepsake. Every memory left on the online obituary will be automatically included in this book.
View Tribute Book
Services for Marian Nowak
There are no events scheduled. You can still show your support by planting a tree in memory of Marian Nowak.
Plant a tree in memory of Marian
Share Your Memory of
Marian
Upload Your Memory View All Memories
Be the first to upload a memory!
Share A Memory
Plant a Tree