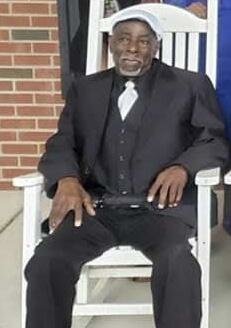 Please share a memory of Richard to include in a keepsake book for family and friends.
View Tribute Book
Richard Lawrence Brewington departed this life on December 30, 2021. He was surrounded by his daughters and loved ones. He was born on March 6, 1949, in Raleigh, North Carolina, to the late Prince Hazel and Corene Givens Brewington. He was the eldest of 10 children and was fortunate to graduate from Vaiden Whitley High School Class of 1968. His professions included firefighting briefly in North Carolina before relocating to Providence, Rhode Island, where he worked as a part-time long-distance trucker. He retired from Cranston Print Works CO. after 22 years of service as a chemical mixer. While in retirement, he began working at the Amos House, where he touched countless lives delivering donations that helped support individuals and families across the State of Rhode Island. Richard enjoyed spending time with family and friends. His hobbies were fishing, reading, traveling, and telling jokes. He is survived by his children Lamont Brewington of North Carolina, Proviess Jiles of Florida, Rozelle Bass of Rhode Island, and his step-daughter Bertha D. Samb of Pennsylvania. He had 10 grandchildren: LaIndia, Jazmine, Dayshawna, Jamil, Mecca, Jayceon, Chyna, Paris, Zymir, and Journee. He also had 7 great-grandchildren. Two brothers: Prince H. Brewington Jr. (Chris), Jeffrey Brewington (Bonita), both of North Carolina. Six sisters: Geraldine Smith (Charles), Gloria Brooks (Michael), Lillie B. Leach, Rosa B. Harris, Patricia Richardson, and Debra Crutchfield (Rory), all of North Carolina. He had a host of nieces, nephews, loving relatives, and loving friends. He was preceded in death by his brother Bobby J. Brewington, who was his lifetime confidant and best friend. His wife Primrose Mangum Brewington and a son Richard L. Brewington, Jr. A Visitation will be held on Sunday, January 9, 2022, at the Mount Pleasant Funeral Home, 168 Academy Avenue, Providence, from 1:00pm - 2:00pm, followed by a service at 2:00pm. For further information and condolences, please visit mountpleasantfh.com. Richard's live stream will be hosted from the Mount Pleasant Funeral Home's Facebook Page (https://www.facebook.com/mountpleasantfuneral).
To plant a beautiful memorial tree in memory of Richard Brewington, please visit our Tree Store

Look inside to read what others have shared
Family and friends are coming together online to create a special keepsake. Every memory left on the online obituary will be automatically included in this book.
View Tribute Book
Services for Richard Brewington
There are no events scheduled. You can still show your support by planting a tree in memory of Richard Brewington.
Plant a tree in memory of Richard
Share Your Memory of
Richard
Upload Your Memory View All Memories
Be the first to upload a memory!
Share A Memory
Plant a Tree