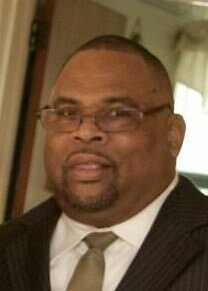 Please share a memory of Roland to include in a keepsake book for family and friends.
View Tribute Book

It is with a sorrowful heart to report the passing of Mr. Roland Eugene Allen, age 60 of Providence, Rhode Island. Mr. Allen died on September 16, 2022, at home and in the loving care of his devoted wife, Mrs. Desiree Ann Allen and his stepdaughter, Mrs. Antwanette A. Sealey. Roland E. Allen was born on September 19, 1961, in Providence, Rhode Island. He was the last son of the late Leonard and Nellie (Watkins) Allen. Roland is survived by his wife, Desiree and his three children, Kjuana Scott, Roland Scott, Jasmine Proctor and his stepdaughter, Antwanette. His extended family also includes seven grandchildren and two step-granddaughters.

Roland was raised on the west end of Providence and attended Providence public schools. His athletic successes propelled him to receive an athletic scholarship from St. Andrews School in Barrington, Rhode Island. As he excelled at Saint Andrews, his academic/athletic aptitude was profound. Upon graduating St. Andrews, Roland started his career as a Youth Correctional Officer at the Rhode Island Training School working with troubled youth. He had a great reputation for fairness, firmness and integrity among staff and residents.

Subsequently, his tenured professional experience working with troubled youths lead him to continue a career with youth services in Loudoun County, Virginia. With pride and fortitude, he was a beloved supervisor of their after-school program.  He diligently served as a supervisor for the Loudoun County Parks and Recreation program. Throughout his fifteen-year career in Virginia, Roland obtained leadership accolade and esteemed recognition from his colleagues.

Most assuredly, his strong commitment to superior work ethics empowered others who knew him. They marveled about his enormous capacity to work and play hard.  Roland was a highly motivated and driven professional who established formidable bonds with his coworkers/friends. As an ambitious professional, Roland also worked as lead, security supervisors for Falcon’s Landing, a federally funded and private assisted living facility based in Sterling, Virginia. He was loved and revered by coworkers/friends in both entities.

With sincere superiority, Roland was a devote husband, father, grandfather and family member. He adored his wife, Desiree and loved sharing adventurous travel throughout the country with her.  In fact, while serving the academic community in Sterling, Virginia, Roland met his wife, Desiree at Horizon Elementary School in 2008. Along with other educational professionals, Roland and Desiree formed a lasting friendship that soon blossomed into a lasting relationship, and then subsequent marriage on January 18, 2016. Together, they formed an eternal love that transcended all obstacles and circumstances.

As a loyal friend to many, Roland’s genuine, charismatic personality emulated in every social setting he encountered. He befriended people in all his travels. Roland was a free-spirited and jovial man with a huge heart for others. He loved the essence of life, good company and lots of spontaneous fun. In his spare time, Roland also enjoyed watching sports, always cheering for his Los Angeles Lakers and Dallas Cowboys. He was revered and beloved by all who know him. Roland was considered one of the coolest uncles by all his nieces and nephews. That sentiment was consistently shared by his wife and the rest of his family/friends. The hole that his passing leaves is irrefutably impactful to all of us.

To send flowers to the family or plant a tree in memory of Roland Allen, please visit Tribute Store
Friday
30
September

Look inside to read what others have shared
Family and friends are coming together online to create a special keepsake. Every memory left on the online obituary will be automatically included in this book.
View Tribute Book
Share Your Memory of
Roland
Upload Your Memory View All Memories
Be the first to upload a memory!
Share A Memory
Send Flowers
Plant a Tree