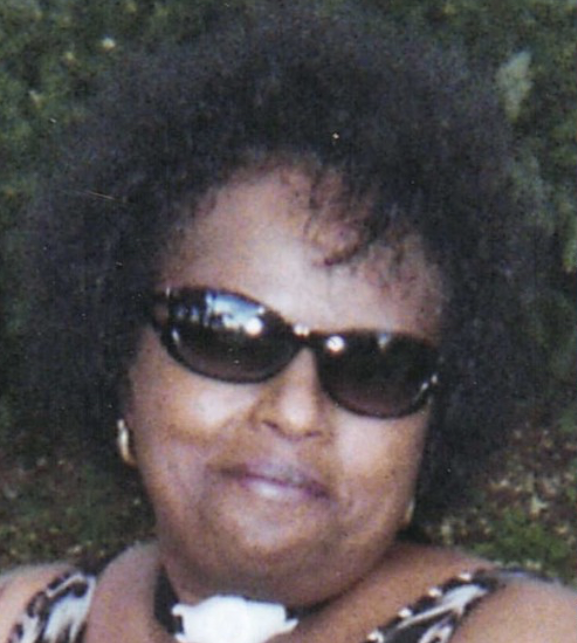 Please share a memory of Gloria to include in a keepsake book for family and friends.
View Tribute Book

Gloria Johnson, lovingly called Muff, entered her eternal rest on Wednesday, October 19, 2022, at her home in Providence, Rhode Island. Gloria was born on June 30, 1953, to Thelma (Sanders) Wilson and William Ruffin in Harlem, New York. She graduated from Theodore Roosevelt High School and continued her education at the Harlem Hospital School of Nursing, where she earned her degree and became a Registered Nurse. A profession she worked in until her retirement.

Gloria moved to Rhode Island in 1976, where she continued to work in her chosen field. She was employed as a Registered Nurse for the Rhode Island Department of Corrections Adult Correctional Institution (ACI), the Elmwood Health Center, for 28 years and later retired from the Cherry Hill Nursing Center when she became too ill to continue her employment.

Gloria met and later married Willie Johnson on May 21, 1993. Willie was loved and adored by her until she took her final breath.

She built strong and unwavering friendships that stood the test of time. Gloria was a loyal, supportive wife, sister, and friend. Her family and friends could always depend on her to support them in the good times and, especially, the bad times. To say that she will be greatly missed is an understatement. It is difficult to imagine what life is going to be like without her being present with us.

Gloria will be greatly missed by all that knew her. She leaves to cherish her memory her loving and devoted husband of 29 years, Willie Johnson; her grandson, whom she adored Maurice Charleton, lovingly called Pooh; her Goddaughter, LaQuandra Janell Charleton; her Godson, Donald Wilson, Jr; her loving niece whom she call her twin, Takesha Nunery; her four brothers, Rickie (Natalie) Wilson and Jerry Wilson both of Warwick, Rhode Island; Michael Wilson and she shared an extremely close relationship with her brother, Donald Wilson who she would often say must have been adopted. Both of Providence, Rhode Island; a host of nieces, nephews, cousins, family, and friends.

She was preceded in death by both of her parents, her brothers George, James, Leroy, David, and Corey Wilson, and her stepson, Willie Johnson, Jr.

Muff’s life was filled with so many people that loved and cherished her. She blessed everyone she knew with boundless love, enduring friendship, and supportive care.

To send flowers to the family or plant a tree in memory of Gloria Johnson, please visit Tribute Store
Wednesday
26
October

Look inside to read what others have shared
Family and friends are coming together online to create a special keepsake. Every memory left on the online obituary will be automatically included in this book.
View Tribute Book
Share Your Memory of
Gloria
Upload Your Memory View All Memories
Be the first to upload a memory!
Share A Memory
Send Flowers
Plant a Tree